WOODBRIDGE, N.J. (AP) — A man who snatched his infant daughter from the arms of her maternal grandmother while the child’s mother was in court getting a restraining order against him told police he threw the baby off a bridge and into a frigid New Jersey river, prompting a massive search Wednesday beneath a busy parkway.

Authorities suspended the search after dark and planned to resume at daybreak Thursday.

Authorities say the girl’s father, 21-year-old Shamsiddi Abdur-Raheem of Galloway Township, allegedly forced his way into the grandmother’s East Orange apartment around 4 p.m. Tuesday, striking her in the face, choking her, and forcibly taking the baby, wrapped in a blanket and a pink and gray onesie, before fleeing in his vehicle. The 60-year-old grandmother, who police declined to identify, chased after Abdur-Raheem and was struck when she tried to stop him by throwing herself in the path of his van. She was treated for her injuries at a local hospital and released.

Abdur-Raheem was arrested four hours after the abduction in southern New Jersey, and allegedly confessed to police that he had tossed the child from the bridge before driving to consult with his Imam, who then drove him to the home of a relative who called police.

Abdur-Raheem faces charges of kidnapping, attempted murder aggravated assault and child endangerment when he is arraigned Thursday morning in Superior Court in Newark. It was not immediately clear if he has retained a lawyer. He is being held at the Essex County Jail on $700,000 bail.

The child’s mother, Venetta Benjamin, who has sole custody of the infant, was in a Newark courtroom seeking a restraining order against Abdur-Raheem at the time of the alleged abduction. Her lawyer, Mitchell Liebowitz, said the baby was snatched before the order was served.

Benjamin briefly emerged from her mother’s East Orange apartment Wednesday morning, telling various media outlets; “I just want my baby to get back home,” and imploring anyone who may have seen her to contact police. 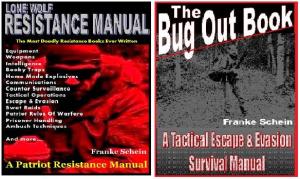 Abdur-Raheem and Benjamin, who are not married, are enrolled at The Richard Stockton College of New Jersey. Abdur-Raheem is listed as having done an internship in the Juvenile Section of the District of Columbia attorney general’s office in Washington, D.C., in March 2009.

Acting Attorney General Dow said there was a history of “bad blood” between the estranged couple, adding that despite reports that they were both striving college students. “This is an example of a horrific case of domestic violence,” she said. “It cuts across all economic levels.”

This is a “Domestic Violence” incident?